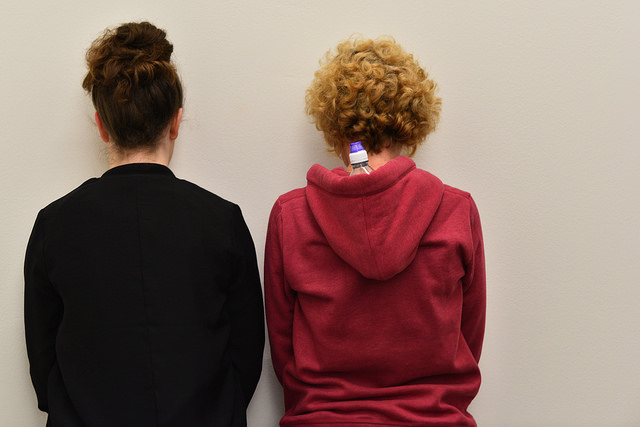 What to do when talking about mental health is taboo?

Organisations of all kinds are becoming increasingly aware of the importance of wellbeing and mental health for their business results – which is encouraging.  However, many of them simply don’t know how to act on that awareness, particularly in contexts where talking about mental health has been taboo, where recognising mental health issues has been difficult because of lack of knowledge and understanding, and where those suffering from mental ill-health – or who suspect they may be suffering from mental ill-health – fear the consequences of being open and honest about their conditions.

Leaders may prioritise the drive for business results

In some organisations I’ve worked with, my coaching clients cannot contemplate discussing their stress with either their line managers or with their Human Resources functions for fear that this would damage their reputations and therefore their career prospects.  Their line managers don’t see the importance of paying attention to wellbeing and mental health compared with the drive for business results, and the unspoken message is that everyone needs to appear invulnerable.

Attitudes to mental ill-health are in a whole different (and often hidden) universe from attitudes to physical health, which tends to be talked about much more openly. The stigma attached to mental health sufferers can be significant, and as a result they may suffer in silence until their condition worsens to the point of crisis which they may need months to resolve.  When crisis does strike, in addition to individuals’ own difficulties, the organisational upheaval and cost can be significant, as can the damage to working relationships and the knock-on effect as stories spread and unease is created.

On the other hand, organisations whose culture is open to conversations on these topics, to learning about how to recognise and handle mental health – and hence wellbeing – issues and to realistic support can capitalise on the talent, knowledge and experience of mental health sufferers. Problems can be identified and dealt with at an early stage, which can stop them getting worse.  And the evidence shows that organisations which have such open cultures deliver better business results.

In such open cultures individuals deliver on more of their potential

When an organisation’s culture is one where people feel safe to talk about what might otherwise be unsafe topics, those who might have felt isolated with their problems can feel included and their value recognised and capitalised on.  In these circumstances they are much more likely to feel engaged and to give of their best.  I have watched clients find themselves again, recover their mental balance and their confidence, and deliver on much more of their potential simply through being able to talk openly about their struggles with anxiety, depression or stress – and thus to find the professional help they need.

In more closed cultures individuals can fail to thrive

I have also worked with clients who, before their coaching, seem to have been in an inexorable decline, trapped in silence and cut off from the resources that could support them.  Their confidence declined, their energy was sapped and they lost focus on the business agenda.  They failed to thrive – and there was a business impact.

Coaching by a coach who is able, equipped and happy to work with issues of mental health and wellbeing, viewing the coaching agenda as facilitating the client to flourish given their condition, but not ignoring it, can make all the difference.  Interestingly, this is territory where many coaches fear to tread: indeed they fear the same thing as the line manager who doesn’t face up to what is actually going on and avoids the conversations that desperately need to take place.  They may fear not knowing how to deal with the issue, or of it getting out of hand.

The coach’s responsibility in the face of mental ill-health

My belief is that it is absolutely the coach’s responsibility to the client and to the client organisation to face the issue head on – just as they have the responsibility to deal with any other issue that impacts the client’s effectiveness.  They are not there to heal or cure – but they are there to deal with whatever emerges as important, in whatever way is appropriate.  The alternative is that the client feels rejected in the very relationship that they should be able to trust.

A recent workshop on ‘Coaching for Wellbeing’ which I co-designed and co-facilitated ended with the internal coaches who were the workshop participants expressing both much greater confidence in being able to address these issues and a great sense of relief that not only is it OK to do so but also that the workshop had given them tools to do so.

There are gains for everyone

The gain will be not only for the coaches, but also for their clients and their organisation.  It is likely to be be a place that will respect diversity in an even broader sense than previously – and it will be a safer place in which to work, as there will be fewer secrets and less suffering – and of course greater effectiveness.

Photo by Simon Blackley via Compfight