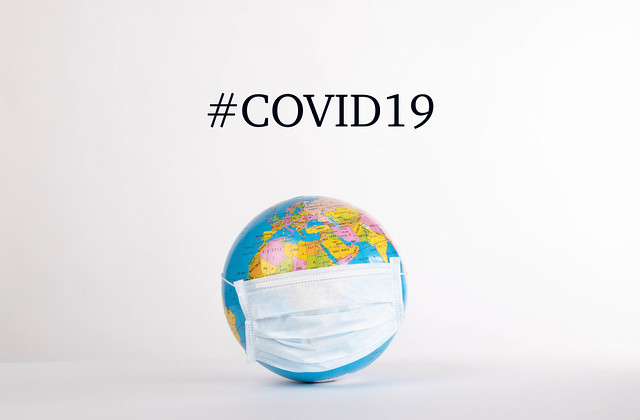 It’s as though someone has taken a giant pitchfork and turned the world entirely upside down.  We’ve watched from a distance as China, Iran, Italy and Spain have struggled under the weight of a highly contagious virus that has overwhelmed hospitals and healthcare workers, closed businesses and educational institutions, and kept citizens confined inside their homes.

Now COVID-19 is hitting the UK – hard.  Reeling under the weight of patients with serious respiratory problems caused by the virus, hospitals are cancelling elective surgery, exhibition centres are being converted into field hospitals – and medical staff are facing an encounter with an illness whose scale and rate of transmission is nothing like anything they’ve ever encountered before.  As I write this, three doctors in the UK have already died from the virus.  Medical staff are frightened, stressed, anxious, exhausted from working long shifts in a new, uncertain yet threatening context, and in some cases, traumatised.  It will get worse before it gets better.

The human suffering on the part of both those being cared for and those doing the caring make it a particular and heartfelt privilege to be part of a team setting up and delivering a scalable programme of pro bono coaching to healthcare workers, on demand and to go on as long as participants want it.  Titled COVID-19 Rapid Response Coaching (C19RR), it has started with a pilot at a large London teaching hospital.  The programme follows an idea conceived by Mark McMordie, CEO of The Conscious Leader , and briefly described in his post on LinkedIn.

Within the ten days after Mark first expressed the idea in mid-March, a core team of 7 (including a consultant anaesthetist) had been formed, and the first coaching session had been delivered within the anaesthetics department.  Further coaching sessions followed, with the programme being rolled out to intensive care, and accident and emergency departments, the intention being to expand to other London hospitals (London because it was the epicentre of the virus at the beginning of its arrival in the UK) and to hospitals elsewhere in the country.  Demand is growing exponentially.

The core team is fuelled by The Conscious Leader, the Academy of Executive Coaching, Lee Hecht Harrison, Coaching at Work magazine, Visible Dynamics, and Lindsay Wittenberg Ltd.  All those on the core team are working intensively to deliver a professional, high-quality coaching programme, supported by supervision, trauma specialists, counsellors and therapists, at speed.  Just a few days after the coaching began, feedback from those receiving it has been extremely positive.

The expectation is that take-up of the programme will snowball, particularly as the peak of the COVID-19 wave starts to hit – and perhaps even more so as it leaves in its wake what is expected to be distress, exhaustion, and mental health problems.

The ethos of the programme, reinforced constantly in the interactions of the core team, is reflected in compassion, mindfulness, deep mutual respect and psychological safety, and a desire to be of service above all.  There are no commercial interests in it, and all materials are shared generously without any exclusive ownership being claimed. COVID-19 is a one-off to date (or at least the first of its kind in quite this way) – and the privilege of being part of this team is something I have never experienced before in any team.  It is a tribute to the deeply human philosophy that prompted Mark to first come up with the idea, and it is being recognised in the experience that professional coaching is facilitating: above all, deep presence on the part of the coach, and the capacity to listen and hear whatever needs to be expressed.

If you’re a coach and you’d like to offer your services on this programme, please complete and submit this coach application form

Photo by Marco Verch via Compfight