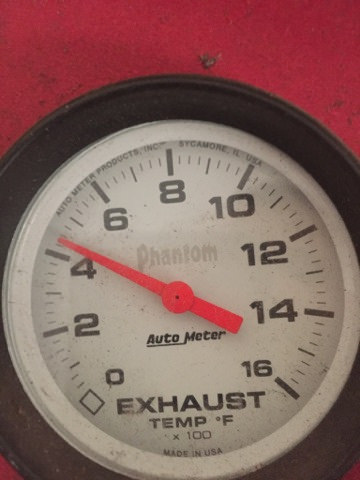 I’m noticing more and more frequently these days how many senior people I coach are being stretched to a point where their wellbeing has reached dangerously low levels.

New hires, unfamiliar with the culture and the structure they’re joining, are being required to present key analyses and to make strategic judgments before they’ve barely got their feet under the table.  The pace, speed and pressure implicit in such scenarios – especially given the high stakes that they’re working with – can accelerate stress at an alarming rate.  People often respond by working longer and longer hours, quickly becoming exhausted and sacrificing the parts of their lives – the gym, the running, the yoga, the family time – that had been helping to keep them balanced.

At the other end of the length-of-service spectrum, long-established leaders who are the repository of years of organisational knowledge are used as resources of wisdom and judgment.  As a consequence they find themselves expected to plan, mobilise and lead areas of activity that should have been delegated elsewhere.  The result is an indiscriminate overload of work on a single person, their resilience wearing thin and the quality of their work becoming ragged.

Such situations may have evolved because it appears to be an easy solution to keep turning to the most experienced person.  In fact this means that some of their colleagues and reports are not developed, others are disempowered and yet others are missing out on having their performance appropriately managed.  In such situations the leader’s quality and quantity of sleep, family life, and – crucially – time away from the mobile phone, and their effectiveness can suffer badly.

The demands of a new project

And anywhere along the length-of-service spectrum the allocation of responsibility for running a new project – especially if it is sizeable and core to the organisation’s success – with inadequate resources to support that individual and that project, can mean a psychological, emotional or physical stretch that isn’t sustainable.  The newly-appointed project manager finds him- or herself unable to manage the imbalance between the pressure on them and the resource available to them.  They find themselves strung out too thinly.  The stress can result in a range of symptoms from heart,  digestive or immunity problems to mental health issues.

In all such situations the individual’s quality of health is being jeopardised, usually by people who have no idea of the dangers of the demands they are making – including, of course, the individual themselves.

Health and the organisational agenda are in conflict

And there lies the fundamental conflict and struggle – between the individual’s health and wellbeing, on the one hand, and the imperatives of the organisational strategy on the other.  Many people consciously sacrifice the former for the latter because they believe that to do otherwise would be career-threatening.  It’s arresting to note that they view their priorities in this way, since they may not even be around to serve the organisational agenda if their health collapses – even though this is perfectly understandable when you also understand the systemic power of the human need to belong, to align, to serve, to perform, to relate to others and to be affirmed.

How change occurs: coaching or a breakdown?

In my experience it takes careful, creative and compassionate coaching for people to realise not only that there’s an issue, but also the risks they’re running, and to decide to manage themselves, the expectations they have of themselves, and their relationship to work, differently.  Alternatively, it can take a mental breakdown and the associated havoc – in terms of distress, relationships, the pressures on family life, and interruption to their careers – before anything changes.

Self-care is career-enhancing rather than self-indulgent

At the very heart of this – as I’ve learnt from those of my own coaching clients who have been in this pattern – is the realisation that individuals come to that, whereas they’d previously regarded self-care as selfish, self-indulgent or disposable, not only is it ‘OK’, legitimate and necessary, but also it enables them to make a better job of their jobs and their relationships in and out of work, and it enhances their efficiency, their insight, a broader perspective, their emotional intelligence, and the quality of their judgments and decisions.

Why, so often, does it take a crisis or a near-crisis for individuals and organisations to become more effective and for organisations to get the sustainable return on investment that they assumed they were going to get in the first place?

Isn’t it time that senior leadership teams in all organisations addressed this challenge openly, consistently and with integrity so that individuals are encouraged to prioritise their self-care and so that none of their people is ever faced with the excruciating dilemma of choosing between mental health and maintaining their job?