Factors in managing the executive career 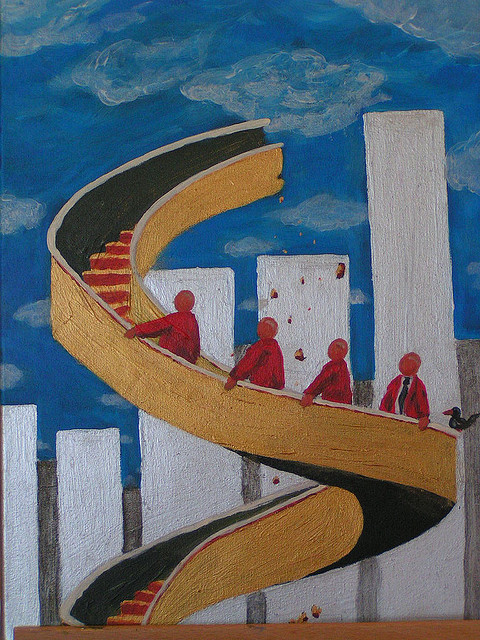 Choosing the path rather than the path choosing you

Leaders and executives who can say with honesty that they love their jobs, who know where they’re taking their careers and who feel that they’re absolutely on the right career path are surprisingly few and far between.

Many executives have careers which are taking them somewhere – but the reverse isn’t true: they’re not necessarily taking their careers in a direction that they’ve thought through comprehensively. Just falling into the next opportunity, or accepting a role where simply their experience, achievements and strengths equip them, means the employer isn’t getting maximum return on its investment in the individual, the individual is likely to be leading a team that isn’t maximally engaged, their working relationships and their relationships to the corporate strategy are depleted (albeit unconsciously), and their career isn’t personally fulfilling.

On the other hand, those who have taken their careers in hand in a holistic sense, thinking broadly rather than in terms of the next apparently logical step on the ladder, are more likely to enjoy career longevity and deliver the fullest value for themselves and their organisations.

Executive careers need to be considered in the round, taking account of, and weaving together, the range of factors that influence, and are influenced by, any given career path – from family history to career aspirations, from passions to personal PR.

Many of us don’t know where or how to start exploring what a given opportunity might mean to us, what it reflects about us or how to match who we are to the demands and rewards of the next career move. Those of my clients who engage in a career coaching programme discover what to take account of in themselves and how to create the composite picture that gives them a template for managing their careers.

The Wittenberg Career Coaching Model weaves together these factors from a number of perspectives:

Where are they now? What’s working and what’s not working for them about where they currently find themselves – in what ways are they being fulfilled and not fulfilled, what’s their contribution, how are their needs being met, where do they fit (and commonly where do they not currently fit?), how does their work interface with the rest of their lives?

Most important is the question of who they are. We look at what drives them, what they love doing and in what contexts, what matters to them, their strengths and how they are being applied, the nature of their personality and how others perceive them. Where – when they really dare to contemplate this – do they aspire to go, and what then would their place be? And critically, what gets in their way?

Just as important as this reflection is its translation into practicalities: clarity of focus, negotiating the market realities of opportunity, managing the personal reputation, and leveraging relationships…. maximising the upsides and managing the downsides, and developing resources and resourcefulness.

This may mean stepping into unfamiliar territory, but in my experience clients who have raised their self-awareness to the point of discovering, and finding peace with, who they are have both the clarity and the self-assurance to manage their journey onwards with meaning and energy.

A client of mine – a leader in his field – put it this way six years after he’d completed his career coaching programme with me:

‘Lindsay coached me after I had spent 25 very happy and fulfilling years working, growing and developing in a particular sector of industry in which I had achieved my limits and reached the stage where I would have to shrink and downsize, or quit.  My absolute priority (obsession?) was to make an informed choice, one I would not somehow live to regret a few years down the line.

The current impact – six years later – of the coaching programme on my business is significant: the conjunction between what I enjoy doing, what I do better than others and where there’s demand on the market allowed me to define a very specific business proposition which differentiates me from the rest of the market. The combination of these now allows me to enjoy working in a lucrative way, in a space that provides me with fulfilment and satisfaction, with a very clear “unique selling proposition”, and I am in demand.

Photo by fisserman via Compfight