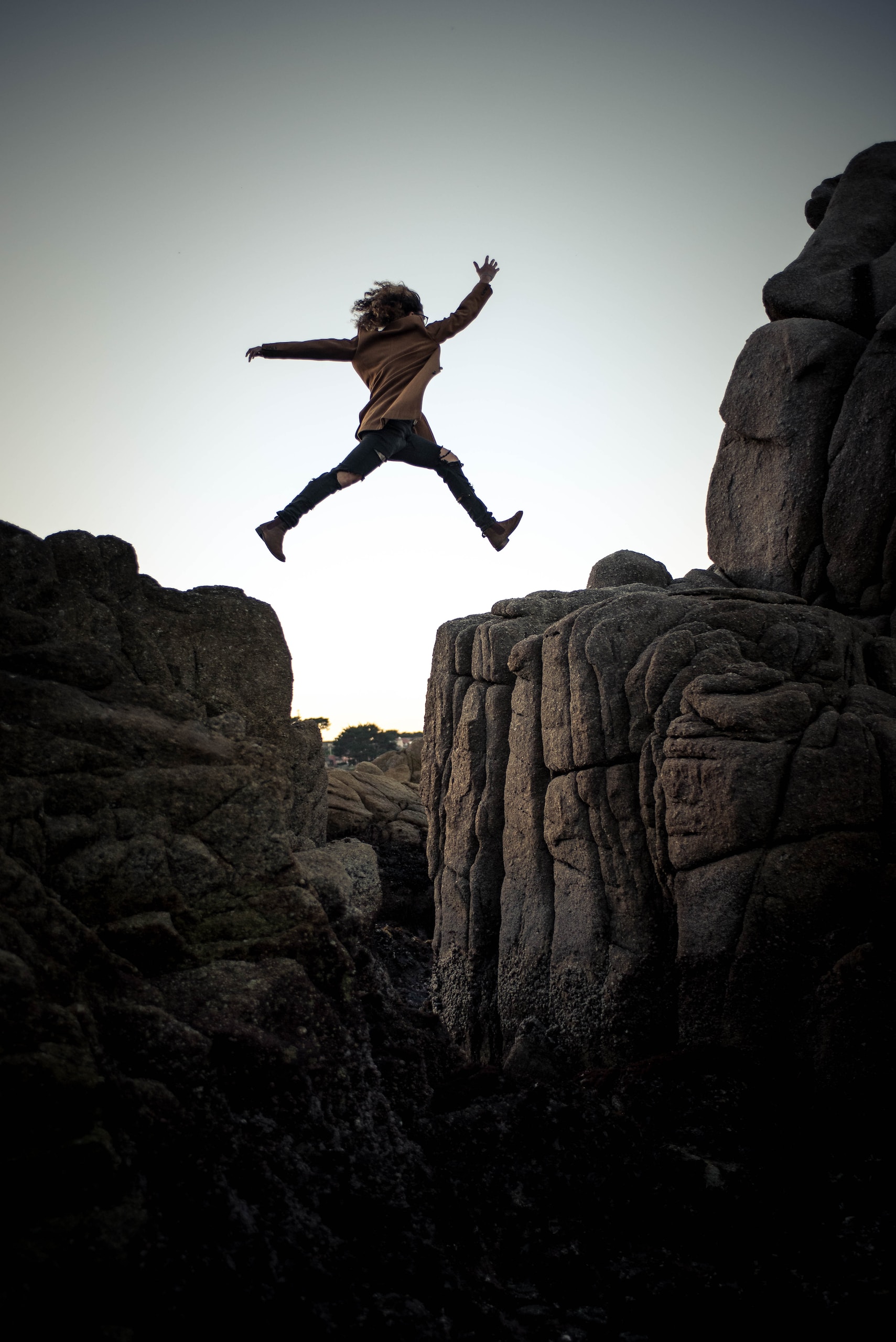 Fear and courage are intertwined when it comes to leadership of self and others. Fear is inevitable and – if unchecked – inhibits and erodes performance, versatility and the creativity that can be crucial to address the challenge, complexity and uncertainty that are constants in the life of leaders.

Courage isn’t inevitable, but it’s an invaluable resource when fear is present.

Amongst the most fundamental – if not the most fundamental – fear is the existential fear around survival: ‘Will I survive this challenge emotionally / psychologically / in terms of continuing to support my family financially / in terms of assuring my career?’.  That fear is visceral, and plugs in to the most primitive of our responses.  If it sustains, it elicits a prolonged adrenalin rush which puts the brain on constant high alert and accounts for ongoing stress.  It’s incompatible with sustaining health and wellbeing.

Fear of the unknown

Fear of the unknown is linked to fear of the capacity to deal with the unknown.  A client I was working with knew rationally that she needed to move on from her current role: the field had evolved politically and technically to a point where she felt she had no place.  Moving on meant the surrender of any assured future in this kind of role ever again – and this, in turn, meant surrendering her attachment to the sense of identity that came from that role and from her investment in it over the last two decades.  While she knew that her departure made sense rationally, the fear of giving up her current sense of identity, and her fear of the unknown, were overwhelming and immobilising for her.

I’ve worked with organisations which claim to be innovative, but whose lived behaviours demonstrate a fear of stepping into the unknown, and who in fact stay firmly where they are in terms of the behaviours and attitudes that could create change. It looks like they don’t have the courage to create change.

Feeding into fear of the unknown and fear of failure is the fear of being, or being judged as, inadequate by self or by others. Fear of loss of status may be closely connected: ‘If I’m perceived as inadequate, what will that mean for what I’m worth in the world?’. What if I’m just not up to the mark?’ That can be both very painful and very confronting – and it’s also rich territory for rumination and catastrophising, which can act as brakes on performance and effectiveness.

Fear of not belonging

Arguably the greatest human need is the need to belong. The fear of not fitting in is therefore very powerful, but equally can be frightening when belonging means compromising on personal values or being dependent on others’ decisions, especially when the basis of those decisions is unclear or inconsistent or unpredictable.

Courage can be a resource

Courage is a significant resource for the leader experiencing fear.  Perversely, of course, courage can be exactly what’s lacking in the presence of fear – but it can be nurtured. It can also become irrelevant when the leader understands and engages with their passion and their purpose – the passion and purpose that energise them and give them the lighthouse beam that can help to guide them home.  Both passion and purpose can, in turn, be released when leaders grow their awareness of their values and how those values serve their capacity to flourish.

Courage also grows in the presence of a psychologically safe environment where mutual trust is a given.  In my client organisations I’ve witnessed transformations in teams which build their psychological safety and which therefore tread courageously into new territory that previously might have been experienced as impossibly risky.  That courage emerges when people find their flow: it helps enable them to contribute more than they (and their organisations) had dreamed of.

Courage enables vulnerability.  This is a two-way street: courage is also born out of vulnerability.  According to Brene Brown (Research Professor at the University of Houston): ‘Vulnerability is the birthplace of joy, of creativity, of belonging, of love’ – all of which can help to counter fear. Fascinatingly, vulnerability also increases a sense of self-worth, which can be a significant benefit when fear is around.

Finding courage when you need it

How to find courage when you need it, especially in the absence of trust and safety?  Shape an experiment – just one small step – to build trust and safety for yourself.  Trust yourself a little more, for example. Learn, experiment again with a small change, keep learning, and keep experimenting. And consider this poem ‘Come to the Edge’ by Christopher Logue.