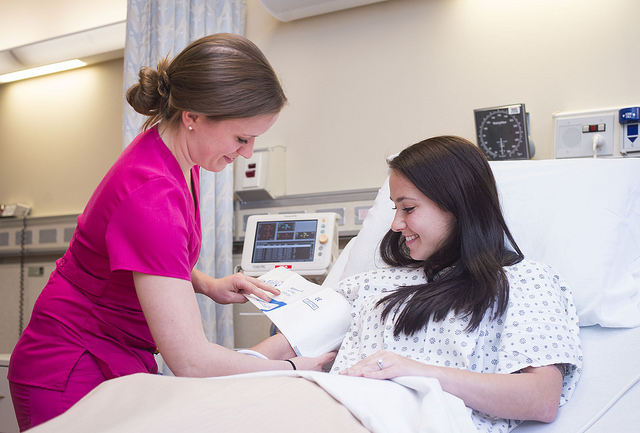 I never knew Kate Granger personally, but she has inspired me enormously over the last three years.

A consultant geriatrician, in 2011 – at the age of 29 – she was diagnosed with a rare and terminal form of cancer and she was given six months to live.  She has just died, aged 34.

During those precious years, when she became frustrated and psychologically depleted by medical staff failing to introduce themselves to her, Kate Granger set up, and became the force behind, the campaign #hellomynameis,  driven by her passionate belief in the importance – in therapeutic and human terms – of the connection between patient and medical staff.  In other words, person-centred, compassionate care.

#hellomynameis – to which well over 400,000 people in 90 organisations in the UK, including of course hospital trusts, have signed up – encourages frontline NHS staff to make a pledge to introduce themselves to their patients.  It’s now being used in Australia as part of the country’s national healthcare training, and is used in New Zealand and across America and Canada.  It has been intensively promoted on social media alongside Dr Granger’s sharing of her experience of her illness and the care she received.

Innovation and compassion in healthcare

In March 2014 NHS Employers and NHS England launched The Kate Granger Compassionate Care Awards to highlight how innovation, practicality and especially compassion are essential in everyday NHS care. While it’s shocking that these qualities are not automatically present in our national healthcare system, and that they are not included in medical training a matter of course, Kate Granger has not only enabled a significant difference in the behaviour of nearly half a million medical staff but has also made a significant difference to the experience of millions of patients.

Research has shown that empathy, caring and respect by medical staff mean that their patients recover faster, tolerate their medical conditions better, and have a higher degree of wellbeing.  Kate Granger has contributed to upping the quality of care simply through compassion and awareness.

Medical care: compassion has been hijacked by tasks

Two big messages are evident for me in this humbling story.  The first is that medical care, in the true sense of the word ‘care’, has, in too many instances, become hijacked by the drive to complete tasks, raise efficiencies, save money, and tick boxes – and in the process has forgotten the emotional and psychological needs of the patient.  We see this happening not only in the medical world, but also in the relationships between leaders and followers in all other professions, contexts and organisations.  Humanity, compassion and respect for the individual have been overtaken by the drive to simply get things done and to maximise apparent efficiency and profitability at all costs.

The second message is about the nature of leadership.  Kate Granger was a leader not only by virtue of her title, but even more by virtue of her passion, commitment, courage and determination to reach as many people as she could in service of a message which she believed would create a better quality of medical professional by releasing more of their inherent humanity.  She created innovation in a culture in which it can be hard to innovate, she engaged thousands of people – and not just medics – in a drive towards greater humanity.  She changed mindsets through her own personal story and the power of compassion.

In her too-short life, Kate Granger has been a pioneer and has left a legacy. She has made a difference to the world – and she has inspired thousands to live her message.  That must be the mark of an outstanding leader.

Photo by NIHClinicalCenter via Compfight