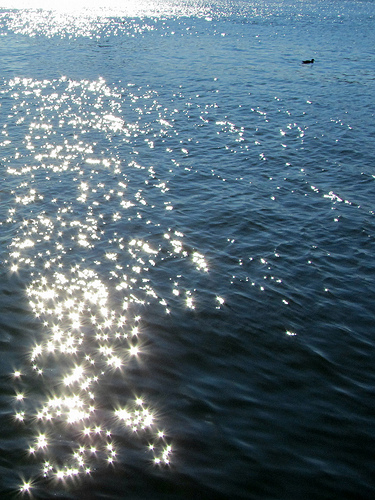 Mindfulness for Coaches: a course with Michael Chaskalson

I’m really curious. I’ve been practising mindfulness for about three years, I’ve read around the subject, and now I’ve just started an 8-week course with Michael Chaskalson on Mindfulness for Coaches. Mindfulness: the awareness of how things actually are that arises when you pay attention – on purpose, in the present moment and non-judgementally. While it’s often viewed as a type of meditation it’s actually a way of being that influences the way you experience your world. And 8 weeks seems to be a magic number: the research shows that people who complete 8 weeks of mindfulness training and practice (the latter – critically – sustains the workshop learning) report sustained attention, an improved capacity to regulate their emotions and to manage that chatter in the mind that can so inhibit constructive thinking, reduced stress levels and increased resilience and well-being.  I’m curious about what I’m going to notice as the course progresses.

Jon Kabat-Zinn, who arguably has done more than anyone to promote the practice of mindfulness in recent years, runs a Mindfulness Based Stress Reduction programme at the University of Massachusetts Medical Centre (the programme is now offered at medical centres, hospitals, and health maintenance organisations).  Mindfulness Based Cognitive therapy is also offered by the UK’s NICE (National Institute for Health and Clinical Excellence).  Kabat-Zinn talks about the fact that our prejudices, our ideas and our beliefs act as a kind of cloud or veil which stops us experiencing what’s actually going on – and which stops us thinking clearly about what’s going on.

Now that I’m on my own 8-week programme I’m curious about what I might notice in myself. My experience to date is that regular mindful practice brings me to a calmer, more measured and more creative state of mind, and I’m curious about what more I now might notice as a result of learning with a group and following a structured programme which encourages me into spending more time on focused mindfulness practice. At the first workshop with Michael Chaskalson I began to notice how congruent mindfulness is with the Gestalt approach that I enjoy and value – an approach which capitalises on awareness of the present moment, and which embraces thinking, feeling, behaving, physical sensations, intuition, and relating.

Non-judging: the leader’s wisdom and compassion

One of the (many) things that are intriguing me is Michael Chaskalson’s discussion of non-judging as contingent on two qualities: wisdom (letting what is the case be the case) and compassion (treating whatever comes in with kindness).  And I’m recalling a senior client in an extremely demanding role who, when we first started working together, was on the edge of burnout (in her own words) but was fearful that seeking support, or even asking for sick leave, from her organisation would be detrimental to her career.  She was trying hard to deny to herself and to me what a precarious state she was in. As her coaching programme progressed she learnt to be more mindful – to slow down and ‘be’ with her experience rather than resist it, to face the reality of her own state of health, her doubts about whether and how she was going to be able to cope with the pressures that she knew her role would bring, and to allow herself some self-care.

By the end of her coaching programme she was facing up much more to the facts as they were, she was significantly better able to manage the stress of her role, she was able to both contemplate and exercise a degree of self-compassion, and as a result she was more productive and effective.

Be who you are

Kabat-Zinn talks of mindfulness as enabling you to be who you are – and certainly this leader made some significant steps towards being who she was rather than forcing herself onwards as though to get away from the situation she was actually in. Rather than being on automatic pilot, this client was learning to make choices in awareness.

What next for the leaders I coach?

I’m curious now about other clients’ experiences as I focus more on practising and as I build my capacity for mindfulness: in coaching relationships that depend heavily on partnership and rapport, what will they pick up from my experience, and how will they benefit?

Photo by Irmeli Aro via Compfight