Self-awareness: the heart of executive coaching 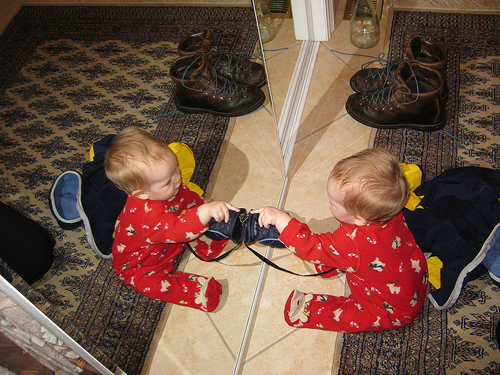 In these times of economic stringency, focus on return on investment, and the organisational (and individual) need to get more from less, I’m giving a big ‘thumbs up’ to ‘Why CEOs Don’t Want Executive Coaching’, an article by business psychologist Douglas LaBier, published in the Huffington Post on 16th August 2013.

Self-awareness is critical to effectiveness

According to Stanford Business School in the US nearly two-thirds of CEOs and almost half of senior executives don’t receive executive coaching or leadership development, but according to Bloomberg Business Week and Forbes nearly 100% say they would like coaching.  Why the gap?  The reason, the author suggests, is that most coaching programmes omit or misconstrue the core coaching element that CEOs need in order to grow their skills and effectiveness: namely self-awareness.  Self-awareness is critical to developing effective, inspiring, engaging leadership that maximises relationships, empathy, compassion and persuasion.  Only with self-awareness can the leader internalise – and thus deliver with the impact that authenticity brings – the skills that they believe they need: learning a skill such as conflict management or communication is more than just mastering a set of steps.

Coaching is developmental, not remedial

LaBier also flags the faulty perception by some leaders of coaching as remedial (as though there’s something wrong with them) rather than developmental (the client is already a high achiever and wants to get even better), and suggests that this too accounts for the gap between CEOs’ wanting and having coaching.

The leader needs to care about their followers

My belief is that leadership is about creating momentum for a better world by inspiring and engaging other people to deliver what they’re really capable of: in other words, enabling human flourishing.  In a limited way, leaders can get things done by being autocratic and controlling, but the research (and indeed common sense) show that this doesn’t generally bring engagement or discretionary effort, enthusiasm or sustainability, unless the leader inspires fear (as tyrants do) – and even then the sustainability is likely to be short-lived.

If leaders are to consistently get things done through other people they need to create and nurture trusting, vibrant relationships, to inspire with a vision, to persuade and energise, and to engage with other people’s perspectives.  They actually need to care about other people (which can be a challenge for some leaders who have got to where they are because of their technical skills rather than their soft skills).

If a leader believes, for example, that praising people or recognising achievements is ‘soft’ or pointless, or that the only feedback worth giving is to point out the negative, this will translate itself into behaviours that may be experienced as failing to value individuals for what they are contributing.  And people who don’t feel valued become demotivated and disengaged, which in turn will impact business results sooner or later.

The difficult messages can be the eye openers

The most difficult part of building self-awareness for any individual is to face the messages that he or she may have spent a lifetime hiding from or denying (usually unconsciously), to recall difficult or painful experiences and ‘re-decide’ or re-choose how to respond to them.   In my experience, when a client recognises the continuing impact at work of a belief that, for example, they need to be the ‘glue’ in a dysfunctional relationship between two other people, or that taking account of how others feel is irrelevant, or that they need to be in absolute control, that awareness alone can create change – and sometimes transformation.

This process of equipping a client to become deeply self-aware is at the heart of executive coaching. Clients of mine refer to the process as ‘eye-opening’ or ‘life-changing’ in the same breath as ‘really tough’ or ‘challenging’.

The experience of plumbing the depths (or indeed scaling the heights) of self-awareness is what can turn out to make a profound difference to the quality of their leadership.

Photo by tai viinikka via Compfight