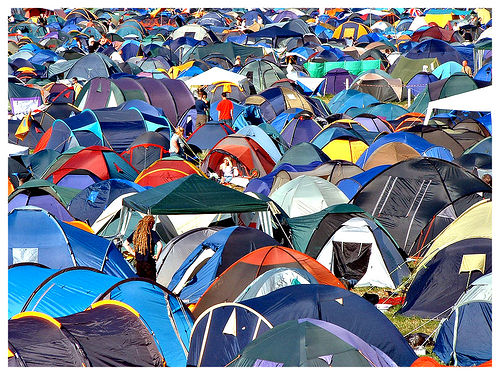 Looking out – rather than looking down

In an article entitled ‘How to travel: my rules’  in the Financial Times magazine of 19 July 2014, journalist Simon Kuper quotes anthropologist Bronislaw Malinowski: ‘the anthropologist had to “come down off the veranda” of the white man’s house and pitch a tent in the village’. I’m struck by the similarity between the stance of the effective anthropologist and the kind of attitude towards diversity that characterises the leader who knows how to make the most of his or her diverse workforce.

All workforces are diverse in multiple different ways at the same time. Global and multinational organisations, in particular, feature many intersecting cultures: institutional cultures, the national cultures of their people, and the cultures associated with the genders of those people, their ethnicity, cognitive abilities, tech-savviness, state of health and wellbeing, disability, personal style and generation (see my blog on ‘The multi-generational workforce’ ), to mention just a few of the factors which – if not skilfully handled – can divide a workforce rather than unite it and align it.

In order to work effectively with difference, the first two steps for the leader are: first, to understand and be aware of their own thinking, emotional processes and place in their systems, and, second, to adopt a stance of acceptance, humility and celebration of diversity. Kuper refers to the fact that through travel ‘you come to see your country as just another place, with its own haphazardly arrived-at set of codes that are forever changing, not as the inherently superior place against which all other places must be measured.’ This belief that one’s own cultural group is somehow innately superior to others – what anthropologists called ethnocentricity – is a potent tripwire for leaders.

We see the tripwire at work in particular in mergers and acquisitions, when senior people assume that the way they do things is somehow ‘the right way’, and where that assumption can inhibit the bonding that is so essential to the success of the integration (see more on this in ‘Perfect M&As: the Art of Business Integration’ by Paul Siegenthaler (Ecademy Press 2009)). There are demands too on the leader’s capacity for systemic awareness – understanding that it’s relationships – rather than the individual leader, as Diana McLain Smith writes in ‘Changing Culture Change’, that hold the power to reinforce or transform cultural assumptions.

When leaders become aware of – and accept – the disparate parts of themselves, they can achieve a sense of integration between those parts, and develop a greater ability to tap in to their capabilities, understand and manage others who are different, and resolve the conflicts that can arise from difference that is not accepted or respected.

When they learn to listen to others more attentively, to accept and celebrate ‘otherness’, and to make more of others’ strengths, their people are likely to feel correspondingly more valued, engaged and motivated. A client of mine, who worked with an Advisory Board that included a number of older people to whom she had paid relatively little attention, uncovered resources of wisdom and creativity when her attitude towards them became more curious and when she began to look for more value in what they offered. That wisdom and creativity moved her organisation to the next level of its development.

Another client, culturally experienced but finding himself in an unfamiliar national culture, wanted to create a more collaborative ethos within a team whose male members’ practice was to devalue and dismiss the contributions of women. They were particularly disparaging about younger women. His willingness to put himself in the shoes of these men, and to step back from his own indignation about how they treated women, helped him to come up with a creative solution that respected everyone’s dignity, and avoided offending long-held cultural values, but still capitalised on the competence, experience and expertise of female team members.

This was leadership that released the strengths and potential in my client’s team. His approach increased levels of trust and fostered healthier relationships. Its benefits became especially evident at times of pressure and stress, when he reported the team to be more resilient. Part of the challenge for him was to accept that in this culture, and in his team, women were not going to be treated in a way that he considered respectful (which he personally found offensive) – and that if he was to create anything like the change in team effectiveness that he was aiming for, he would have to change his relationship to (and the relationships within) the prevailing culture rather than try to change it from the outside.

Culture will always manifest itself in the leadership task, and executive coaching can equip leaders to raise their awareness of the cultural factors at work, to understand better their own attitudes, assumptions and beliefs – and how they manifest themselves – and to become more versatile and relationship-literate in leading the increasingly complex organisations that are the norm rather than the exception.

Photo by Stew Dean via Compfight