Building resilience in a tougher world 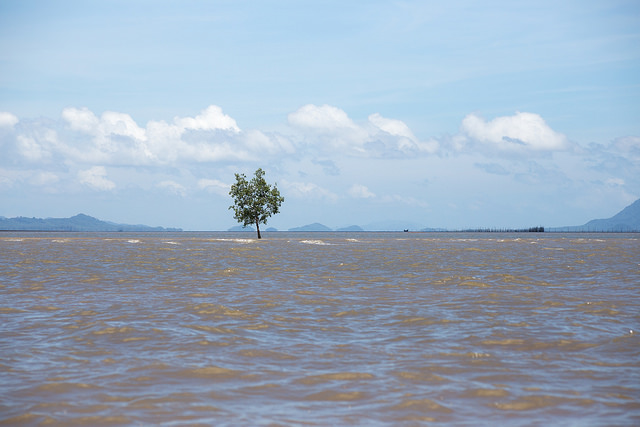 The world of the average executive isn’t becoming any less demanding or any less exacting.  Leaders are increasingly expected to do more and more with less and less, the stakes seem to get higher and higher, and growing uncertainty in a global, economic and political sense exerts increasing pressure.

Equally, leaders are often in lonely positions where, in order to convey that they have everything under control, they lack the trust they need in order to share their fears, doubts and anxieties – and so get valuable input from others.

The need to build and maintain resilience seems more pressing than ever. And by ‘resilience’ I mean not so much the ability to simply cope, but more the capacity to consistently adapt to changing circumstances, to learn from adversity, and to manage intense emotions and uncomfortable thinking in oneself and others.  We need to learn to flex in our responses to adversity.

We can build resilience in a number of ways and from a number of perspectives.  It needs to be a constant work in progress.

The priority is to preserve wellbeing, for without this our effectiveness inevitably leaks away.  The stress hormone adrenalin, which our bodies call on to help us get through a crisis or a threat, can only keep us going for so long: it isn’t a sustainable or permanent solution.  It triggers our fight-or-flight response – but excessively high levels of adrenalin due to stress without real danger can cause heart damage, insomnia, and a jittery, nervous feeling.  Prolonged stress can also morph into mental health problems such as depression or anxiety.  We need to constantly work on maximising a sense of inner peace, albeit punctuated by occasional peaks of stress.

A sense of purpose

Important too is a sense of purpose: when life is meaningful because it allows the individual to fulfil their personal purpose, that individual will not only have a sense of groundedness, but they will feel mentally energised and resourced to engage with the adversity they are encountering. Well-known in this context is the work of concentration camp survivor Dr Viktor Frankl, who famously wrote in ‘Man’s Search for Meaning’: ‘The quest for meaning is the key to mental health and human flourishing’.  Those who survived their appalling experiences in concentration camps tended to be those who had formulated a purpose to work towards, and whose lives were therefore meaningful to them.

I recently had the privilege of participating in the book launch of ‘Mindfulness for Coaches’ by Michael Chaskalson and Mark McMordie.   Unlike any other book launch I have ever attended, this one engaged its guests in the active experiencing of mindfulness.  The sense of presence and peace in the room – simply through a group of people experiencing present-moment awareness – created for me and for others at the event a fertile and immensely strengthening sense of energy and creativity which felt to me, at least, as though it was actively nourishing my resilience.  Developing a practice of mindfulness has also been shown from a neuroscience point of view to contribute to resilience.

That experience linked to an event I have also been privileged to attend, organised by Action for Happiness in London: ‘Beyond the Self’ with writer and Buddhist monk Matthieu Ricard and distinguished neuroscientist Professor Wolf Singer talking about their jointly published book.  As I listened to these two eminent figures, I realised with greater clarity than ever before how the ability to let go of attachments (i.e. having an absolute perceived need for an outcome, an object, an event, a fear, a regret or indeed anything else) not only brings greater calm to ourselves and those around us but also has the capacity – through increased flexibility of thinking and an enhanced capability to adapt to situations of adversity  – to strengthen our resilience.

Photo by Alex Berger via Compfight