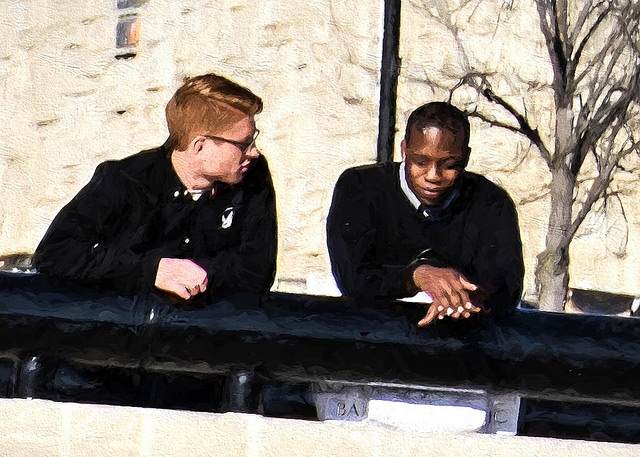 Coaching cross-culturally brings an extra level of complexity to the coaching agenda.  In particular the issue of assumptions is thrown into sharper relief for both the coaching client and the coach.  As coach, I’m already on the alert for assumptions that the client might be making: human beings easily build assumptions into stories and build stories into truths, so we end up by confusing our assumptions with reality.  Part of the coach’s role is to challenge those assumptions.

Assumptions by client and by coach

Equally the coach’s experience of the coaching client as unable or unwilling to be specific enough about their coaching objectives can become an assumption that the client isn’t committed to the coaching or has unrealistic expectations of it.

Challenging those assumptions demands a testing of the assumption for justification and an enquiry into alternative perspectives.

In cross-cultural environments the coach needs to be both more sensitive and more cautious: once the idea of an assumption is in the air the coach needs to be highly respectful of its source: might it come from a culturally-based belief, for instance? If it does, that belief may well be part of the client’s sense of self – which means it would be inappropriate to challenge it on cognitive grounds. Such challenge may also be offensive to the client.

In the Anglo-Saxon culture of the UK and North America it is expected that career progression will depend in part on the individual’s ability to make a case for themselves, to proclaim their strengths and to articulately justify deserving the role they are seeking.

As one travels east, however, that kind of self-promotion is counter-cultural in many societies.  Individuals may experience it as in direct conflict with their sense of self, and therefore cannot bring themselves to express their strengths or recount their achievements or the value they have brought to their organisations in the past.  This is my experience coaching clients in the Middle East, for example. As a result they may fail to land roles that they are more than qualified for – and the recruiting organisation misses out on their talent.

Systemic roots of the client’s beliefs

Coaching on this issue when the coach and the coaching client come from different cultures could fall in to the trap of challenging what the coach sees as the client’s assumptions, when in fact the issue needs to be addressed from a different perspective.  If the coach is able to discover the cultural roots of the client regarding self-promotion as related to their sense of self, the issue may well benefit from being addressed at a systemic level: culture is, after all, a systemic concept. So how could the client relate differently to their culture?

The coaching relationship in a cultural light

The cultural difference between coach and coaching client can show up in the nature of their relationship.  Executive coaching is a partnership of equals.  It is neither mentoring nor consultancy: far from being a relationship in which one gives the other ‘the right answers’, it is one in which the coach aims to be of use to the client in discovering and creating their own insights and solutions.

However, when the coaching client’s origins are in a society which regards anyone who teaches as godlike (Nepal, for example), in the learning experience that is coaching they may well unconsciously be drawn into regarding the coach as an authority, and therefore miss the opportunity to question or to push back.  The coach may find themselves acting in a parental or pedagogic role and may, in the process, lose the equality of the relationship.

The cultural impact of family

The coach needs to be sufficiently aware to pick up on cultural expectations in the family sphere too, which will impact on the client’s expectations of themselves in terms of responsibility to the wider family, and what this might mean for multiple issues, from stress to career development.

The client from a modest African background who has achieved professional success, encouraged by supportive parents who have few financial means, may – at a relatively young age – be supporting an extended family.  Their investment in their career will be heavily coloured by a different sense of responsibility and gratitude from that of the European high flyer. The coach needs to be aware of these cultural expectations if they are to work effectively with the whole person.

Photo by sciondriver via Compfight