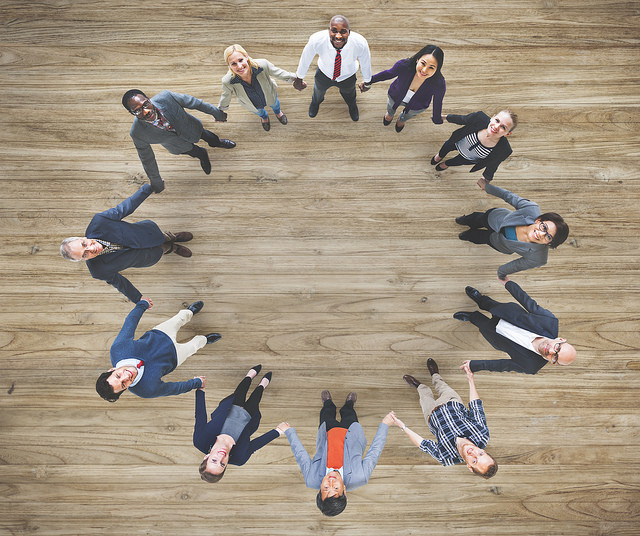 Culture is often defined as ‘the way we do things around here’ – in other words, what is taken for granted about behaviours and attitudes.  However, the simplicity of this definition masks the complexity of how culture manifests itself, what it is rooted in, and its impact on happiness, fulfilment and effectiveness.

The manifestations of culture can be seen geographically (at a national or regional level), at a political level (identifiable in relation to political parties), at a sectoral level (in relation to public sector, private sector and third sector and their various subdivisions), at an organisational level (in individual companies, institutions and bodies), in branches of the same company, and in teams and families.  Indeed, culture and how it is lived underpin the way any group of human beings functions together.  Culture indeed eats strategy for breakfast.

How culture can show up

It permeates countless aspects of organisational life: it shows up, for example, in the way people within an organisation treat each other (and others from outside) verbally and behaviourally, in the nature of their attitude to power, authority and responsibility (upwards and downwards of course), in processes such as decision-making, in attitudes to risk and change, in the nature of trust, in the value given to learning, in the way perceived weakness is dealt with (which can extend to the admission of stress, for instance)….

The variety of ways in which culture is manifested is endless: systems in which employees’ wellbeing is prioritised and given shape in initiatives ranging from access to alternative therapies to encouragement of volunteering…. Managers shouting (and worse) at employees…. Insistence on respect for minority groups…. Acceptance of disrespectful behaviour…. Employees failing to take decisions and initiative, but pushing all decisions (how ever trivial) back up to their line managers…..  Employees taking personal responsibility for their part in the fulfilment of the organisational strategy….

Culture manifests itself in all these ways – and many more.

It can also manifest invisibly (an intriguing irony) in what an organisation tends to be wilfully blind to – i.e. what behaviours are ignored (whether positive or negative): are achievements and successes celebrated, or do they go unacknowledged? Is disrespectful behaviour to individuals or to groups silently condoned or called to account? Is customer feedback (and its implications) neglected or acted on?

The source: values and purpose

The source of any given culture lies in its underlying values and purpose: what is important, not negotiable and intrinsic to the essence of an organisation, and what the reason is for the organisation’s existence.  Organisations espouse values explicitly – but it’s the values that are actually lived (which may not be the same thing at all) that are at play here.  Does the reason for the organisation’s existence extend beyond simply making money to a higher goal of some sort – a way of making a difference?

The bump under the carpet

Culture is so powerful in organisational life that any newcomer whose behaviour doesn’t fit, or any established employee who wants to make a change, is usually highly evident – and often uncomfortably so: they’re the equivalent of the bump under the carpet.  Learning to fit with a new culture can be a difficult and lengthy process.

Authentic leadership – leadership that has integrity and which is visionary, values trust and demonstrates genuine interest in people, and is inspiring and courageous, will create a particular type of culture: the type of culture that nurtures engagement and discretionary effort, learning and innovation, creativity and initiative. Working in a culture like this is often experienced as energising and fulfilling.

Culture change initiatives usually target the nature of leadership – its style, its approach and who is viewed as a leader (in some organisations the culture is that all employees view themselves as leaders).

History shows up in the present

The leader needs to acknowledge the contribution of their predecessors in the role, because without them the role and the working environment would not exist in their current shape. Try as they may, a new leader will inevitably find they are repeatedly prevented from making the changes they want – sustainably – until they acknowledge the contribution of past systems to the present system.  This can be especially challenging when a previous leader has left because they were judged inadequate to the demands of the context or situation and when everyone tries to forget them. Leaders also need to recognise the loyalties of the team, including loyalties to those who have left, and loyalties to established beliefs and attitudes, and they need to recognise what people have both given and received.

This can come as a surprise to the ‘new broom’ who wonders why their apparently good ideas aren’t taking root, why they don’t seem to be able to fully occupy their authority, and why the culture may seem to be changing superficially but not with the depth, longevity and engagement that are needed for the happiness, fulfilment, productivity and effectiveness that characterise successful organisations.

When the past is honoured

A culture in which the past (including previous relationships, influences, roles, loyalties and contributions) is honoured is – unlike the approach of many whose concern is to focus only on  creating a new future – a culture in which change towards that new future can be embedded  effectively and sustainably. And it’s a culture which includes the kind of courageous, authentic leaders who live and transmit values congruent with this kind of systemic perspective.

Photo by @GwynethJones -The Daring Librarian! via Compfight