Keeping quiet and carrying on - or finding your voice 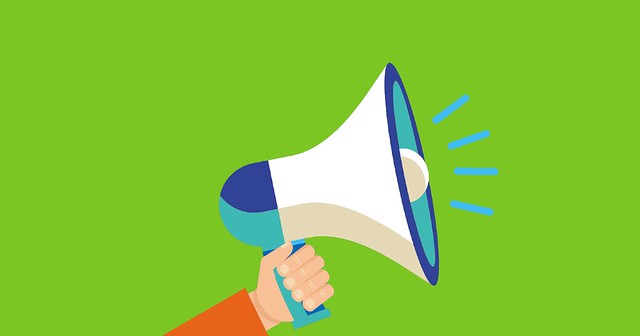 How do you respond to poor behaviour?

What’s your usual response when you see or hear – or indeed experience yourself – behaviour by your leaders at work that lacks integrity, justice or humanity, that conflicts with the mission your organisation has set itself, that has a hint (or worse) of bullying, or that manipulates others?

If you’re like many people, you stay silent and keep your head down.  This may be because you’re being what Margaret Heffernan calls wilfully blind (see my blog on the topic here): almost unconsciously, you choose to ignore what you’ve heard or seen.  Or you may be conscious of it, fearing the penalties if you speak up, and you rationalise why it’s not a good idea to speak up.  The more you rationalise, the more you’re likely to avoid speaking up.  The penalty that clients most often fear and mention to me is losing their job, but the fear may also be of being isolated, tarnishing their reputation, or losing status (real or perceived) in the eyes of others.  In all these instances, the lack of safety looms large.

An emotional reaction usually comes from deeply-held values and beliefs

If we have an emotional reaction to the injustice, the lack of integrity, the lack of respect for others, or whatever it may be, the likelihood is that that reaction comes from our deeply-held values or beliefs.  And for many of us, as long as we don’t act, both the injustice and our own lack of action may continue to rankle, with the negative energy that’s created often getting in the way of smooth working relationships and our own effectiveness.  Our non-acting can cause significant stress, which may manifest in a variety of ways, including poor sleep, skin problems, loss of appetite and a sense of constantly being on edge, to mention but a few.

A double bind: what are we responsible for?

So we get caught in a double bind.  It’s too dangerous to speak out, and it’s too uncomfortable not to speak out.

It can be useful to reflect on what we’re actually responsible for.  The easy part of that is the explicit responsibility (the kind of responsibility that’s expressed in a job description).  Much harder and more challenging is the responsibility that we give ourselves as human beings – our moral, ethical and human responsibility, which we formulate individually and personally.

Speaking up can require significant courage – although if you speak to people who have spoken up, such as whistleblowers, they’ll very likely tell you they didn’t feel courageous: they just felt they had no choice because they couldn’t live with themselves otherwise.  They may have been acutely aware of the dangers. For some whistleblowers the dangers were realised and their lives and careers were impacted in very significant ways: think, for example, of some of the whistleblowers in the NHS (see a Daily Telegraph report here ), or in the BBC ( see the BBC’s own reporting here).

Lack of safety at work

For leaders and those who work with them, the workplace often lacks the safety that’s needed if they’re to be able to speak authentically and say what’s true for them.  That resonates with my motivation for my human rights work, providing a voice for people persecuted in their own country, where speaking out brought down upon them the full force of a repressive state: their employability, their children’s access to education, their access to telephone and postal communication were compromised, and the consequences of speaking out brought imprisonment to some of them, in brutal conditions.

Coaching: a safe space in which to do risky thinking

Now, as an executive coach, I’m privileged to be able to provide a safe space in which leaders, juggling high stakes, can engage with the risky process of finding their voices, articulating their own truths, becoming more of who they are – and in the process becoming more effective and compelling leaders, invariably with greater integrity and humanity.

The inspiration for this blog was a workshop with Marie Faire, of the Beyond Partnership which reminded me where my passion as a coach comes from.   Thank you, Marie.

Graphic by Joe The Goat Farmer via Compfight