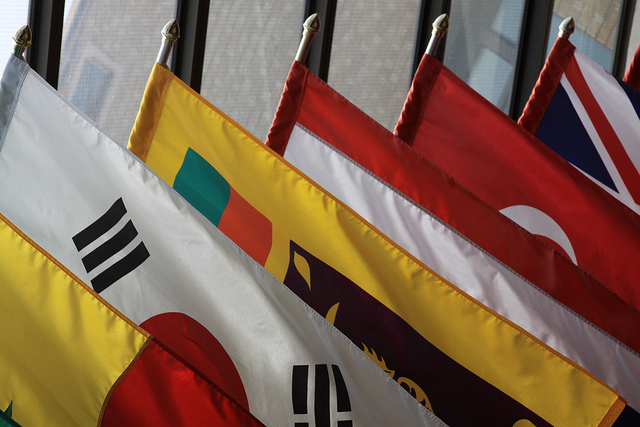 Leaders need to become cross-culturally effective in our changing world

Workforces everywhere are becoming increasingly diverse. Globalisation is becoming more pervasive in organisational strategies and their implementation, more national cultures are coming together in work contexts, generational characteristics are becoming more and more clearly differentiated, women are more aware of opportunities at senior levels (even if for the moment numbers of women at these levels remain low), and technology is differentiating skills groups. In this scenario leaders increasingly need to hone their cross-cultural effectiveness.

The executive’s reactions to their own impact

Executives who are taken by surprise at the impact or interpretation of their actions or words may not have taken cultural issues into account. In my experience their reactions to this surprise can range from irritation to curiosity, and from active engagement in cultural education to passive aggression (or even simply aggression), which in turn can lead to conflict, disruption, ruptures in teams and jeopardised client relationships. Enhancing their capacity to work effectively in cross-cultural environments leads directly to raised performance levels for both leaders and their teams.

Cross-cultural leadership is about working with difference, and capitalising on those differences to release a maximum of capability from the workforce. When executives lead globally dispersed or simply multicultural teams, or are leading through international mergers, acquisitions and joint ventures, they have the complex task of managing cultures.

Where cultural differences show up

Geert Hofstede defines culture in his seminal work ‘Culture’s Consequences’[1] as ‘the collective programming of the mind that distinguishes the members of one group or category of people from another’. While Hofstede’s focus was diversity across nations, his dimensions of culture can relate also to, for example, differences in gender, generation, organisation, sector, skill and personal style. Global and multinational organisations feature many intersecting cultures: the institutional culture, the national cultures of their people, and the cultures associated with the ages and the genders of those people.

Self-understanding and self-awareness are key

In order to work effectively with difference, the starting point is to understand and be aware of oneself. That understanding means slowing down enough to become acutely aware of – and respectful of – what is going on: the behaviours, the emotions, the interpretations, the assumptions, and the impact of the assumptions. It means taking a holistic view, being curious, and holding back from making assumptions or judgments of the worth of this or that person, or from jumping to conclusions.

One of my clients, an extraordinarily bright young woman on a fast track through the talent pool, on a trajectory to the top, became aware of how easily (and negatively) she judged those who were less intelligent than her. She also reflected on her relationship with me that she thought she might be ageist. These reflections displayed a willingness to be humble, to examine her behaviours and thinking, and to learn and to develop that equipped this young woman to design a leadership vision for herself which gave her valuable clarity and energy.

Another very senior client in a FTSE100 global company remarked: “I began to recognise why others aren’t quite the same and that what is obvious for me is not necessarily so for them”. This insight allowed him to acknowledge and respect others from different cultures and with different thinking patterns from him, and to release more of the inherent talent in his team.

We all tend to judge the world from the standpoint of our own position in it. The danger of staying within this one narrow perspective can be significant, however. And in order to engage with their reality, leaders – more than anyone else in their organisations – need to be able to take multiple perspectives and draw value from each of them, whether those perspectives relate to national culture, intelligence, personality, gender or ethnicity.

Leaders who broaden their perspectives in this way tell me that they learn to listen to others more attentively, to accept ‘otherness’, and to make more of others’ strengths. This presence and acceptance, underpinned by awareness of their own cultural assumptions and a greater respect for others’ attitudes and values, means that they create sub-cultures of greater trust, more effective communication, healthier relationships and leadership that releases infinitely more potential.

Photo by  Wyoming_Jackrabbit via Compfight