Managing yourself to lead others 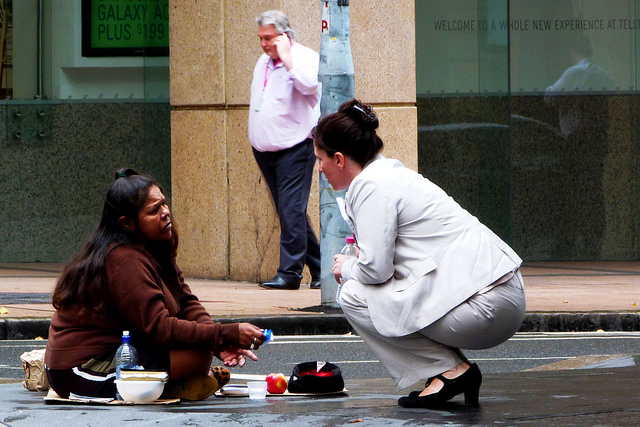 How emotional intelligence shows up

How many times have you watched while a colleague – or a boss – loses their cool?  Somehow emotions well up, uncontrolled, and take control of the situation while rationality and calmness get sidelined. How often have you been in conversation or negotiation with someone who sticks doggedly to their own script without engaging with your – or others’ – viewpoints?

What happens to your engagement when your colleague or boss allows you space to be heard and who engages with your experience?

This is all about emotional intelligence.

Fallout from lack of emotional intelligence

With teams and colleagues that the leader depends on to deliver the results they need or aspire to, the fallout from a lack of emotional intelligence shows up in a variety of forms: lack of engagement or motivation, poor retention rates, poor teamworking with lack of alignment to the target or purpose, or even resistance.

Correspondingly, the leader who has a level of self-awareness that allows them the insights they need in order to manage their own behaviour will also be giving themselves choices about how they behave: their emotions won’t be in charge – and their rationality will. In situations of stress and pressure the leader will choose their responses – whether it’s to look for the learning, to stand in the shoes of those who are also impacted or to actively seek perspectives other than their own.

Humility and vulnerability are key here: both have become recognised in recent years as components of compelling leadership.

The leader who has made themselves vulnerable enough – even to themselves – to become more aware of their patterns and responses, to understand what drives them and what holds them back, to see clearly the beliefs and the attitudes that underpin their behaviours and to be courageous enough to face the fact of their impact on others: this is the leader who can self-manage. They’re aware of their emotions and they can effectively convert those emotions into how they communicate, make decisions, inspire and engage their people.

The days of heroic leadership are gone. The model of the all-powerful, autocratic leader who acts alone has been discredited. And the leader who builds on, and develops, their emotional self-awareness in such a way that they can step back emotionally from situations to put their own thinking on hold, and empathise with the players in those situations will find that they are more connected with their people, and that higher levels of trust, performance, engagement and discretionary effort – rather than simple obedience or compliance (and the corresponding ‘jobsworth’ mentality) – are the order of the day.

Empathy and the exceptional leader

The capacity for empathy is often what distinguishes exceptional leaders. The Centre for Creative Leadership, in its 2007 study ‘Empathy in the Workplace’ analysed data from 6,731 managers from 38 countries. They discovered that managers who show more empathy toward direct reports are viewed as better performers in their jobs by their bosses, particularly in cultures where the belief is that power should be concentrated at higher levels. Such cultures include nations such as China, Malaysia and Poland, and I see them alive and well in some organisations where I coach in the UK.

While the task of making the numbers is important, a more empathic style of leadership is a powerful – and more intelligent – route to get there, and stay there.

Emotional intelligence can be learnt

Of all the intelligences, emotional intelligence is one that can be learnt. Leaders can learn to listen – to really hear what’s being said without thinking about what they’re going to say next or jump to ‘the answer’ themselves – to regularly put themselves in others’ shoes in order to view things from new perspectives, to become more compassionate.

1)      Recognising all verbal and nonverbal cues, including tone, facial expressions, and other body language.  Sensitive leaders pay attention to what others are not saying and probe a bit deeper to get to the real message.

2)      Processing, which involves understanding the meaning of the messages, keeping track of the points of the conversation, and articulating those points.

3)      Responding, which involves assuring others that listening has occurred and encouraging communication to continue.

Empathy is a key factor in transformational leadership – leadership which enables a shift in performance and effectiveness.

A client of mine who had built his emotional intelligence remarked at the end of his coaching programme: ‘I’ve become more communicative: I can guide my reports rather than do the job for them. The team’s working efficiently and at a high level. I’m listening more and I’m less excitable: I’m calmer and more measured. Team members are stepping up to take responsibility: they feel more capable and confident to integrate with me. The one big thing that has changed is my presence and leadership, which gives people confidence and encouragement.’

Photo by  Len Matthews via Compfight