Optimism: a route to high performance 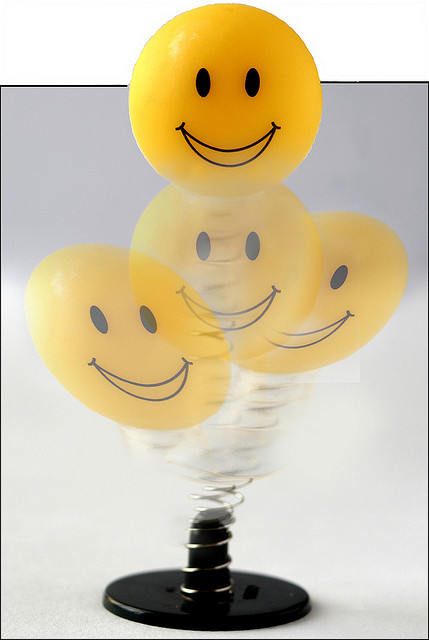 Far from possessing the kind of accurate, unbiased foresight that will keep us safe and offer us rewards, humans tend to overestimate the likelihood of positive events, and underestimate the likelihood of negative events.  This is revealed in research conducted by Tali Sharot, Research Fellow in Cognitive, Perceptual & Brain Sciences at University College , London, in a paper entitled ‘The Optimism Bias’, published in ‘Current Biology’ in December 2011 (see http://www.sciencedirect.com/science/article/pii/S0960982211011912). Psychologists know this as the ‘optimism bias’: the difference between what a person expects and the outcome that follows.

Unless we’re depressed, we tend to underestimate the time it will take us to complete a project and what it will cost, and we tend to overestimate the likelihood of a good outcome to an adverse event or even how successful a holiday will be.  About 80% of any given group, observed across gender, race, nationality and age, exhibits an optimism bias. And people maintain overly positive expectations despite a lifetime of experience with reality.

Sharot writes: ‘Expecting positive outcomes reduces stress and anxiety. This is beneficial, given that chronic stress is detrimental to health…. Optimists have been reported to catch fewer infectious diseases and have a stronger immune system [than pessimists].  It has also been suggested that optimism facilitates health-promoting actions [such as] eating healthily and exercising. It seems that the belief in recovery motivates the individual to act in ways that promote it….  Optimists work harder and longer hours than pessimists, which may account for their higher pay.  Indeed, optimism has been linked to achievement in education, business, sport and electoral politics….’

More recently ‘The Bright Side of Managerial Over-Optimism’, an INSEAD Working Paper by Gilles Hilary, Charles Hsu, and Benjamin Segal published in July 2013 http://www.insead.edu/facultyresearch/research/doc.cfm?did=52779 shows that  managers of firms that have experienced recent successes are more likely to subsequently issue forecasts that are more optimistic than they would otherwise have been.  What’s more, managers appear to work harder to meet their over-optimistic forecasts: performance increases as the number of recent prior successes rises.  Return On Assets performance over the next four quarters is also positively affected, suggesting that the effect is persistent, at least over the mid-term: in other words, over-optimism can improve managers’ performance, firms’ welfare, and more specifically, firms’ profitability and market value.  And producing high quality results is connected with confidence and the willingness to take risks.

Risk-taking is critical for innovation and creativity, for fresh thinking and for adaptability to change.  And if there’s one thing that’s constant in this world of ours, it’s change.  Organisations and individuals need to ensure continued creativity if they’re to survive, let alone thrive.

I’m intrigued by the apparent paradox in all this: on the one hand our society’s drive for perfectionism, the condemnation of mistakes, and the tendency on the part of managers and leaders (not to mention parents and teachers) to focus on what’s gone wrong rather than what’s gone right.  And on the other, humans’ inclination towards over-optimism.

Perhaps this is a partial explanation for why executive coaching works, with its focus on identifying strengths and building on them, and opening windows onto positive new perspectives in thinking and behaving, the conception and evaluation of risky ideas.  I wouldn’t consider the philosophy or ethos of executive coaching to be over-optimistic, but it’s definitely optimistic – and the outcomes are invariably improved performance on the part of the coaching client and their team, heightened well-being, reduced stress and greater confidence – all of which are enablers to the continuation and building of high performance levels.