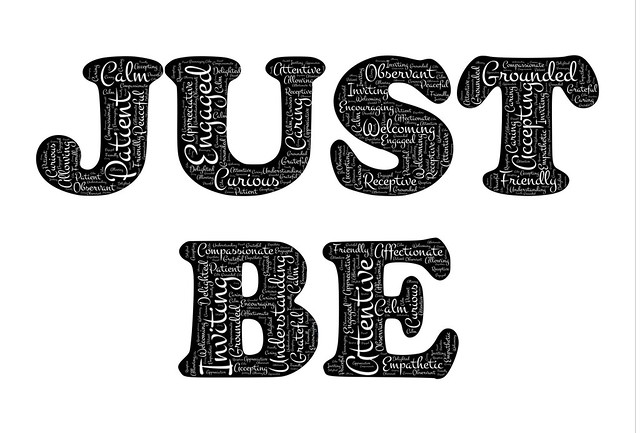 Presence and gravitas for leadership

Clients aspiring to take a step up the leadership ladder sometimes want to use their coaching to build presence and gravitas, so that they can motivate and inspire others more effectively.  Few of them find it easy to put into words exactly what they mean by presence and gravitas: they simply know and feel when they’re in the company of, or led by, a leader who has those qualities.  Their interest is prompting me to reflect on the real meaning of those terms, and the beginnings of my reflections are set out here.

Leadership is about ‘being’ as much as doing

I’m struck by the fact that most of the literature on leadership focuses on how an effective leader behaves, what they do and the mechanics of how they communicate, much of which is actually about efficiency rather than effectiveness.  There’s relatively little in the literature about how a leader ‘is’.  However, ‘being’ is what accounts for how they make those around them feel.  I find this striking because how people feel underlies their motivation, their engagement, their capacity to build high-performing teams and their own effectiveness and quality of performance – and yet leaders often either don’t see ‘being’ as significant or don’t understand what it means.

Presence: what is it?

Personal presence is a way of being (for more on this see ‘Mindfulness for Coaches: An experiential guide’ by Michael Chaskalson and Mark McMordie, and the work of Dr Daniel J Siegel).  Most obviously it’s about unwavering authenticity, integrity, non-judgmental awareness of, and openness to, all aspects of one’s environment (internal and external, in every possible sense), and acceptance.

Authenticity is about being who you are, being comfortable in your own skin, behaving in accordance with what feels true and what you believe in, and being at ease with what you have to say.  It means having both the courage and ease, and the constancy and integrity to stay true to your values, and believing in the value of your contribution.

There’s a grounded quality to authenticity which is neither strident nor directive, but which comes from a calm ease with living who you are.

Integrity is in play when individual, team, group or organisational behaviour consistently aligns with the values claimed, and the concerns expressed (for example, organisations are increasingly expressing concern for climate change and the environment: does the way they function day to day reflect that concern?).  A leader who behaves with integrity engenders trust and respect that invisibly nurture engagement and discretionary effort – and a cascade effect.

Awareness goes both deep and wide. Importantly, it’s about a capacity to stay aware, in the present moment, of what ‘is’ without being distracted by extraneous thoughts, judgments or concerns. It encompasses self-awareness (including awareness of one’s own emotions and motivations, inhibitors and fears, internal experience and external experiences) and self-acceptance, awareness of others (paying attention to the reactions and responses of other people), and systemic awareness (noticing relationships between people, and between people and beliefs and attitudes that influence behavioural patterns).

Depth of awareness leads to depth of understanding and an ability to be with whatever ‘is’ –  and critically, to be open and receptive to whatever arises in the moment – an acceptance that whatever is is.  It includes both self-acceptance and an ability to tolerate and ‘be with’ uncertainty, ambiguity, and psychological discomfort without feeling compelled to order or organise it.  It isn’t complacency or compliance with what may be wrong or unacceptable.  On the contrary, facing the reality of what ‘is’ is the starting point for change.

It seems to me that presence builds confidence because it relates to congruence and peace within ourselves.

Gravitas: what is it?

At its heart, gravitas results in impact and influence through the power of communication and the impact of relationships. It conveys a sense of authority, substance and weight. Contributing factors to gravitas are presence, behaviour and expertise – and they are all necessary conditions. So gravitas combines being with doing and communicating.

What difference does gravitas make?

The effect of gravitas is often measured by the response of an audience to a piece of communication, such as a lecture or a presentation: an individual with gravitas is influencing effectively, their audience is listening and remembers the individual’s message, and they are inspired to take action.

However, my observation is that the impact of gravitas goes beyond single instances of communication: from what I have seen and experienced, gravitas engenders deep-seated and long-lasting trust and engagement, and inspires people to achieve more on an ongoing basis.  Gravitas put to good use rests on integrity: without integrity gravitas can still be at work but can lead to sinister outcomes, so beware!

How can we develop gravitas?

A useful start to developing gravitas is both to be aware of and live the scope of your expertise, your knowledge and your wisdom, and through self-belief and self-knowledge, language, and body language.

An individual with gravitas knows and believes in themselves, their message and the value of their contribution: they have stepped into their authority, and they occupy the space it gives them.  They connect with their audience in a ‘felt’ relationship, they care about what they’re communicating, and this, together with their confidence in their value and worth conveys itself through they way they speak and the non-verbal messages they transmit through their body language.

The voice is relatively low-pitched, breathing tends to be slow and deep, they move smoothly, and the individual is still when standing or sitting.  They make few expansive hand and arm gestures and they stand firm, straight and tall, with their weight evenly balanced and their chest open.

You will notice that someone whom you experience as having gravitas uses simple, clear language and no jargon – language that speaks directly to their audience, because they understand that audience.  Their pace is steady, calm and unrushed (which conveys thoughtfulness, and comes from being purposeful and acting with awareness), they make ample use of silence and pauses, and they hold eye contact. They make their points succinctly and without rambling, and they focus on the heart of the message they want to convey. They stop talking when they’ve made their point.

And yet gravitas doesn’t necessarily mean being serious, cold or dull: humour and humanity play their part.

Think the Dalai Lama, Gandhi or perhaps Angela Merkel.  Identify leaders in your own context who have gravitas and see what you can add to, or change about, this brief look at presence and gravitas.

Photo by John Hain via Compfight