Resilience and transition: an intimate connection 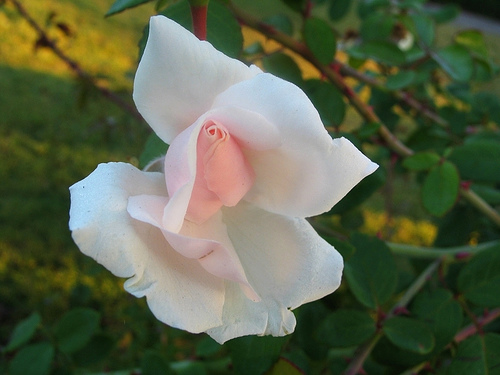 The only thing that’s constant is change

The only thing in life that’s constant is change.

And yet so many of us at so many points in our careers find change – or more accurately, transition (i.e. the experience of change) – challenging, stressful and a significant test of our resilience.

The pressures are multifaceted

Leaders have change imposed upon them through, for example, merger or acquisition, or they may be moving into new roles, to new organisations, new cultures, or new countries. The demands to deliver results in a strange environment with an unfamiliar political agenda, new strategic relationships to work out and develop, and often a family’s needs to consider too, can stretch resilience and sap stamina. The pressures are multifaceted, and the difficulty of gaining a foothold on the parameters of a new life, at the same time as juggling factors they don’t yet properly understand, can create yet more pressure for the leader alongside what can be an exciting moment.

How to manage yourself through the transition

It’s a moment when they need to call on their strengths (both those they know and those they may need to discover), their values and their sense of purpose, and manage their vulnerabilities and those aspects of their behaviour that trip them up and inhibit their effectiveness. They need to be aware of the effect of the changes on them and on those around them (new colleagues will also be impacted, and may be feeling cautious or apprehensive). They need also to acknowledge the contributions of those who are already established in the new environment, and indeed who may have left the organisation.

The new broom sweeping too clean too fast can cause an abrasive effect whose consequences may reverberate long into the future.

The need to build resilience

I’ve worked with numbers of highly accomplished leaders who have been promoted internally or who have been recruited from outside their new organisations and/ or from other countries. They need to engage with what the new role is really about, with behaviours of their own that take them by surprise because they’re not working as well as they did previously (or indeed that have different implications in the new role), and sometimes with a temporary loss of confidence while they find their feet.

They need to rediscover internal resources and call on (or build) fresh sources of resilience.

Dr Carole Pemberton’s recently published book ‘Resilience: a practical guide for coaches’ defines resilience in relation to human behaviour as ‘the capacity to remain flexible in our thoughts, feelings and behaviours when faced by a life disruption, or extended periods of pressure, so that we emerge from difficulty stronger, wiser and more able’.

This definition isn’t about coping, but rather about people’s capacity to constantly adapt and constantly build their own resources to face the next challenge. It makes supreme sense to me, especially in the context of executive coaching, which for me is about the client equipping themselves to achieve greater and greater success at work through a depth of awareness which enables them to become more of who they already are.

The critical role of a sense of self

Carole Pemberton’s research, which revealed that loss of resilience was linked to loss of access to an identity that was key to people’s sense of self, resonates loudly for me. The clearer an individual’s sense of who they are, the more grounded they will be and the more at ease in their own skin – which will give them a firm platform on which to face life’s adversities.

This is even more relevant at times of transition, when a certain amount of what they have taken for granted is either no longer there or does not have the same meaning any more. In such situations, people – including leaders – can lose touch with their sense of self, with who they are in relation to their context, and with their sense of place.

Recovering that sense means they can also recover their resilience – which is where coaching to build resilience can bring value: clients can learn what has kept them resilient in the past, the resources and strengths they have called on and those they can now build, the behaviours and thinking patterns that serve them best.

Two factors which the author highlights in the book seem to me to be especially pertinent, and are borne out by my own experience of coaching executives. One is the link between resilience and written narrative (she highlights that when clients are in the midst of difficulty writing has its greatest power). The other is the link between resilience and meaning, written about so movingly by Viktor Frankl in ‘Man’s Search for Meaning’, an insight into how concentration camp inmates, starving, sick, terrified and abused, lived through the experience: those who had shaped a purpose that gave them a reason to live were those more likely to survive their appalling conditions.

The relevance of resilience to what can be the challenging process of transition becomes more striking the more one studies it.

Photo by dreamattack via Compfight