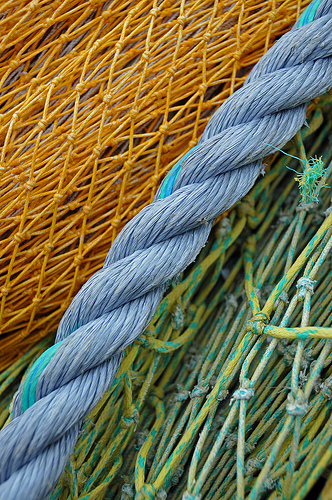 My attention’s been caught by an article published recently in Forbes by Jan Bruce on ‘The Vital Link between Resilience and Your Bottom Line’ and in particular by the author’s reframing of resilience not as a nice-to-have but as directly connected with revenue growth via the connection between engagement and resilience (although she doesn’t quote it here, there’s evidence to show that employees’ resilience helps build engagement).  A three-year study by Quantum Workplace has found that engaged organisations experienced 11.74% quarterly revenue growth compared to a 6.30% decline in revenue at organisations with less engagement.

Building resilience is a constant

Bruce also quotes Rosabeth Moss Kanter (see ‘Surprises Are the New Normal; Resilience Is the New Skill’): stress ‘isn’t a pothole to avoid but the very nature of the road we travel daily’. That resonates for me: my executive coaching clients occasionally make explicit their quest to build resilience, but much more often building resilience is a constant, a part of the backdrop to their working lives and intrinsic to the way they approach their leadership agenda.  And so it becomes the backdrop to my coaching, feeding in to – and from – the articulation of the leader’s values and motivations and how they live them, their sense of their own purpose, the systems of relationships and community that they create and move in, the confidence they build in themselves and others, and expanding their perspectives on the options for thinking and behaviour that can nourish and build the quality of their leadership.

It’s funny how sometimes the dots just join up of their own accord: I’ve realised the extent of the link here with the four factors that wellbeing specialists Robertson Cooper have identified in their i-resilience model: adaptability, purpose, self-confidence, and support.  Without being conscious of it, I’ve been working to this model virtually every time I deliver executive coaching.

Bruce makes another powerful point: success isn’t about travelling a smoother road but rather about climbing out of the pothole and bouncing back – and the key to being able to do that isn’t just to keep going, but to keep learning.  It can feel like the hardest thing to do – to focus on the learning when you’re feeling defeated, disappointed or shocked – but learning is the key to creating an organisational culture where creativity and innovation are encouraged, risks (albeit well-judged) are taken and confidence is built.  Organisations with such a culture are, in the process, future-proofing themselves and building success through resilient, engaged workforces.

Quite separately, I’ve also been fascinated by the work of Ann Masten, Professor of Child Psychology at the University of Minnesota, who specialises in competence, risk and resilience in human development, with a focus on young people whose lives are threatened by adversity.  Listen to this talk of hers ‘Inside resilient children’. In her article ‘Ordinary Magic’, published in 2001, Ann Masten comments that children’s resilience is linked to: connection with competent and caring adults, cognitive and self-regulation skills, positive views of the self, and motivation to be effective.  Unsurprisingly, since experiences in their childhoods link directly to leaders’ styles and achievements, my executive coaching sessions range over these issues and challenges, and how they translate themselves in adulthood.  When they are addressed effectively, not only does the quality of resilience build but so too does the quality of leadership.

Why the term Ordinary Magic? Masten says that what she means is that resilience doesn’t require anything special or unusual – but it does require the operation of basic adaptive systems, which include healthy attachment relationships, neurocognitive control systems, and community.  Damage to resilience is not caused by adversity itself but by damage to these basic adaptive systems in the context of adversity.

It applies to leaders just as much as to children.

Photo by Dennis Jarvis via Compfight

2 thoughts on “Resilience, the bottom line and Ordinary Magic”