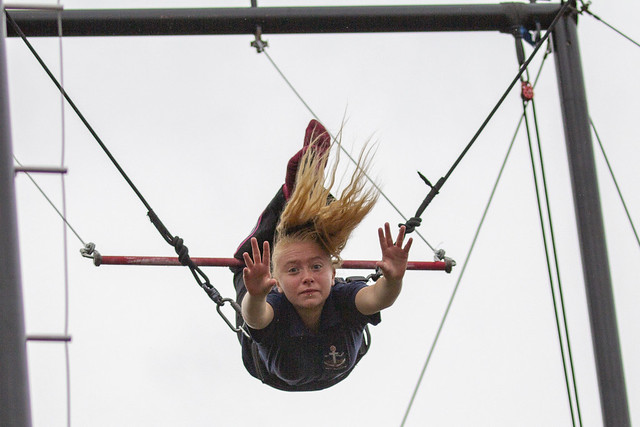 Organisations typically want to develop – to grow, to make the most of their resources, to cut costs and increase profit or benefit.  Sometimes the wish or the need is urgent, and there’s a significant push for momentum in the quest for that change.  In their efforts to move onwards, they may restructure, implement new strategies and/or bring in new leaders at the top of the organisation, accompanied by a message (implicit but powerful, nevertheless) about the importance of the sustained pace which is required to build to some form of crescendo.

Momentum needs to build and sustain

Often growth, rationalisation of resources, cost reduction and maximisation of profit are in play all at the same time.  For momentum to build and sustain, the organisation needs its people to be aligned in their purpose and focus, it needs its leaders to inspire them and keep them on track, it needs to manage conflicts, or lack of alignment,  of all types – between individuals, between departments, and at all scales, and at contact points between external bodies (such as suppliers and customers) and the organisation itself.

Momentum seems to me not be a linear process, but rather a complex process – and leaders sometimes forget to what extent the pace and the momentum inevitably create disruption and turbulence, both of which inhibit the momentum.

From what I observe with clients, the effort to achieve momentum may be experienced as turbulence for some time before there’s any sense of things settling into a pattern, and particularly any sense of wellbeing with and within that pattern.  People struggle to build momentum while things feel turbulent or unstable: momentum and turbulence are uneasy companions. Leaders need to anticipate this process as part of their planning for the momentum they want.

While momentum – unless it is extremely skilfully managed – almost inevitably creates turbulence, at the same time human beings crave certainty. And certainty is, by definition, impossible, given that much of what they had taken for granted is thrown into question.

Leaders need to keep their teams stable and confident

Individuals’ mental energy is fragmented by the emotional effort of seeking stability in a context which feels insecure.  The challenge for leaders is significant: they need to keep their teams feeling stable and confident.

Clients of mine who have been in this situation have learnt that there is enriching learning in such situations as long as they manage their mindsets productively.  This entails stepping back to observe and examine their own thinking, and identify the thinking traps they may have fallen into, because thinking significantly impacts behaviour.

One leader I coached discovered that sharing his own feelings and responses with the team – being transparent about his own vulnerability while maintaining confidence that they could together make a success of the challenge – brought him closer to his people.  They commented that this closed some emotional distance between him and them, and that they felt that the team became more cohesive and connected.

Another looked for all that was stable and certain, put explicit emphasis on it, and encouraged her team to work with that emphasis – and she noticed that this helped bring a kind of settling as well as impetus for the onward path.

A third nurtured small-scale creativity by encouraging safe-to-fail experiments, aiming for learning, readjustment of the path, and small but constant and measurable steps

My own coaching in this context draws on the lessons from complexity, in which fruitful approaches include (thank you, Jennifer Garvey Berger) implementing safe-to-fail experiments, thinking in terms of direction rather than destination, and taking a systemic view in which any given element exists in relationship to others – exploring what happens elsewhere, for example, when you experiment with changing something that appears to be on the edge of a situation.

When reality is revealed, the vision can be delivered

Viewed through this lens, the reality of an apparently simple intention to create and sustain momentum is revealed – and once that happens, the vision can be more appropriately delivered.

Photo by steve_w via Compfight