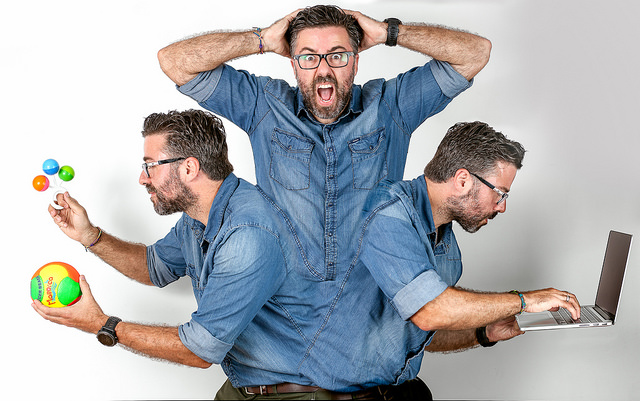 Stress, relationships and business results are often pronounced in the same breath.

The stress that leaders and their reports talk about is often related to the nature of their working relationships, the scope they experience at work for being recognised and valued (or not) for who they are, and the space for them to bring their authentic selves to work – as well as the sheer pressure of the demands of the workload, of course.

The link between authenticity, team effectiveness and business results

One of my clients discovered during his coaching the direct link between his authenticity, his team’s effectiveness, and his business results.  He came to coaching wanting to change some behaviours that were habitual but which others experienced as dismissive, arrogant and impatient – to the extent that rates of staff retention were moving in distinctly the wrong direction and the reputational damage was becoming a source of corporate concern.

Feedback indicated that some of his reports were spending significant amounts of time preparing psychologically for the stressful, negative and wounding experience they had come to expect of him when they needed his input on how to tackle a particular task, or worse, when there was bad news to share.  During that preparation time they said they were unproductive and distracted.

A disconnect between behaviour and values

Fascinatingly, this client was aware that his behaviour didn’t correspond to his values – which included respect for others, and developing them to be their best selves. It left him feeling bad about himself and about his impact. It was behaviour he’d learnt years before as an associate working for a partner, but it wasn’t true to who he was and how he really saw himself.

Once he allowed himself to be who he was, a much more patient, interested and compassionate self emerged who enabled others to learn, who learnt to coach others from his experience of being coached, and who saw his team begin to flourish in a way that meant they took on more, leaving him the freedom to do other things that drove the business forward in new ways.

It became clear that the kind of stress he had been seeding in others was retreating. The quality of his relationships changed, and there was evidence too of greater trust, coherence, confidence to take the initiative and productivity in his team.

In my experience the resolution to such situations, which are sadly all too common, doesn’t always benefit from the kind of insight and courage – and, importantly, coaching – that this leader had.  More often the line manager remains unaware of the impact of their behaviour until a report is signed off with stress, and even then, quite often the line manager is unequipped to change their behaviour in a way that will nurture more productive and healthy working relationships with reports who may feel undervalued and unacknowledged.

A systemic coaching approach to a mental health issue

When I coach a client who is stressed by their relationship with their boss I find that taking a systemic coaching approach is resourcing for the client in ways that other approaches might not be.  Coaching systemically means I see the client as part of their systems of relationships rather than just as a victim of stress, and engaging with the wellbeing agenda is just one manifestation of my ease and comfort working in the territory of mental health just as I am in any other territory the client brings.

The CEO’s role is about relationships

A CEO recently remarked to me that his role is to manage people and relationships – and he’s right.  Indeed isn’t that the role of all leaders?