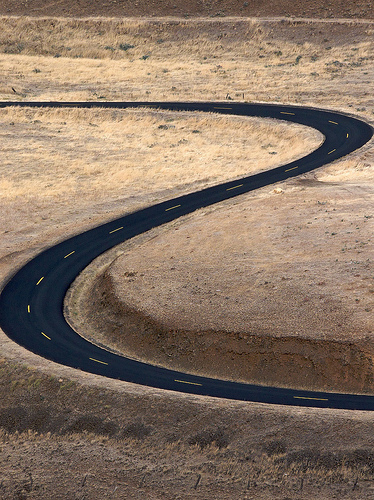 Thanks to Sadler Heath I’ve had the privilege of participating in a workshop called ‘Why top executives derail’, facilitated by organisational ecologist Dr Peter Robertson.  A hugely thought-provoking day, very rich in content and covering everything from organisational corruption to neuroscience.

One of the many concepts presented during the day was the S-curve as a model of organisational development.  Imagine an S: the bottom tip of the tail represents ‘designing the future’ (where people need to challenge the status quo) while the middle represents operating the business, the top represents ‘squeezing out the efficiencies’ and making a profit, and the top tip stands for ‘closing down the old business model’.

If the organisation is to be successful, it needs to ‘jump’ from the top of the S to the bottom of a new S, which hooks under the top of the first S (you’ll need to look at the link above to see this graphically!) and start again with designing a new future.  The jump is very uncomfortable and turbulent, but necessary for organisational survival and flourishing.  As I’ve seen in my work with clients, it can be seductive for an apparently successful organisation, operating at the top of the S, to stay where it is without adequately anticipating the future – and making the jump.  And as Seth Godin says, staying where you are can be the most dangerous thing you do.

Unless organisations anticipate the need to change in response to changing internal and external conditions, and make a jump, they are liable to falter and die.  And leaders derail in the process. Think HMV, Borders or Blockbuster, which failed to anticipate and adapt to the power of the Internet. Or Nokia, which failed to innovate fast enough to beat its competitors.

And of course, different kinds of talent are needed for each stage in the S-curve: the entrepreneur who launches the business won’t be the right person to operate it and run it efficiently.

It seems to me that leaders who embrace the message of this model need to be both visionary and courageous.  They need to be outstanding leaders of people and their integrity needs to be without question.  All challenging stuff.

Photo by Giant Ginkgo via Compfight

One thought on “The S-curve”