We're all part of the systems 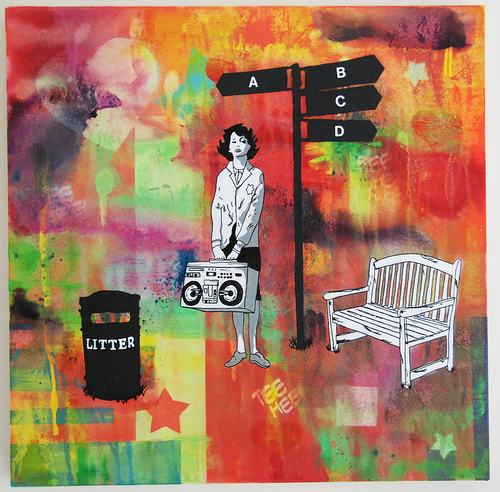 We all function within several systems

No man – or woman – is an island.  Although we’re all independent  human beings, we’re also interdependent, functioning within several systems simultaneously that provide the frameworks for our relationships to people and organisations, decisions and achievements, beliefs and attitudes.  And of course beliefs and attitudes are closely connected to our emotions and our behaviours.

I’m in the process of deepening my learning about systems (thank you, John Whittington of Coaching Constellations), and my understanding that each of us has unconscious loyalties that play a major role in influencing our behaviours, judgments and attitudes.  Those loyalties enable us to feel part of a group, and to judge whether we’re ‘doing the right thing’ – as defined by a group with which we feel a strong connection, albeit that that connection and its dynamics may be invisible to us.

Looking at individual coaching clients through a systemic lens means that I can bring alive things that are not normally said or seen.  The newly-arrived Director on a Board who is frustrated by the established organisational culture of failing to honestly address processes where he believes improvements can be made…..  The leader who is puzzled about why – and how – his two teams communicate poorly…..  The executive who is challenged by creating richer engagement in her organisation….  The leader who believes that all inadequacies are down to ‘the others’….

All of these challenges can be very usefully explored, and meaningful change can be created and sustained,  by a combination of individual and systemic self-awareness and development.

I’m finding especially interesting the impact of an individual’s previous systems on their current systems.  What are they bringing with them from their previous role and organisation to their current one – what unresolved disappointments, what learning that they have never expressed their gratitude for? And what are they failing to acknowledge about their new organisation?  The new leader in a role may be so focused on the improvements they want to create that they fail to acknowledge the impact or contribution of the previous occupant of that role.

Acknowledgment: the key to the door

When this kind of thing happens it may get in the way of the change that the leader wants to bring about.  The simple act of acknowledgment can bring about clarity and can release a team to fulfil their potential without continuing to be caught up in outdated messages that have solidified into patterns.  Even without the new leader being fully conscious of what is happening below the surface, they can find that when they do make such acknowledgments suddenly things flow in the direction they intend.

Awareness of the present

In my experience a leader can be so intent on the change they want for the future of their team or organisation, or so caught up in what hasn’t worked in the past, that they don’t reap the benefit of an awareness of the present – of being mindful.  And so they may miss the factors that can make all the difference to a strategy, whether for retention, profitability, team cohesion, efficiency – or many of the other challenges that organisations face.

How might a lack of mindfulness impede a strategy?

Such challenges might include: 1) what’s actually in the way of their achieving their goals (for example, a long-established belief within the organisational culture that makes it unsafe to speak the truth); 2) the need for them to acknowledge and respect what is valued around them (for instance, that the boss’s very identity is invested in maintaining the status quo); 3) their missing how a particular attitude or unconscious bias they hold about age, ethnicity or level of education manifests itself in their behaviour towards everyone around them – up, down and across internally and/or towards suppliers and clients.

As a coach – and indeed as a leader – I am finding that recognising all parts of the system can illuminate the source of a relationship or a process that’s not functioning as one might have expected.  I find that a systemic perspective is especially valuable for explaining why a relationship, process, decision or conflict is failing to progress because looking at it systemically gets beyond the apparent logic or rationale.  Human beings don’t always behave logically or rationally, and a systemic approach can resolve what’s illogical or irrational: a Board which doesn’t ‘get’ a logically explained proposal, feedback which is unclear or internally inconsistent, an individual’s demonstrable capacity not being released, internal competition which seems not to make sense in the context of the values that the team have signed up to.

Acknowledging the order in which team members arrived, and their contributions, what isn’t being said that needs to be said, and the balance between giving and receiving are making a palpable difference to my coaching clients and to my perception of my role as coach.

Photo by id-iom via Compfight

2 thoughts on “We’re all part of the systems”