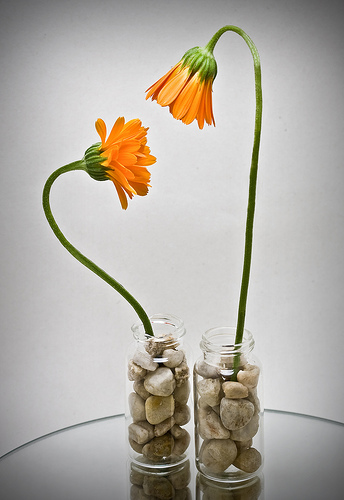 The pressure on leaders

I’m working with two leaders in very different sectors whose organisations – and whose roles – have been significantly affected by the downturn.  Income is more difficult to generate, budgets have been slashed, and everyone in their organisations is feeling the pressure on top of the threat of redundancy (a threat already realised for some people in both organisations).  They need to get more from less – from fewer team members, smaller budgets, more cautious customers, and stiffer competition.  The leadership tasks to be fulfilled are urgent and important.  They demand clearer thinking, tough decisions, and well-based judgments.

Distracted by a task focus

Amid such stress and pressure, leaders are sometimes tempted to focus on the task and the process for fulfilling that task.  One of my clients has felt overwhelmed by the enormity of the task, distracted by the fear of failure, and has been desensitised to the needs and the motivations of their people.  The other has needed to deal with a powerful senior report who regularly goes off-piste and fails to deliver. It seemed easier and more obvious to both of them to engage with the clarity of the task than the mysteries of how people feel and the apparent cost of spending time in conversation.  But the results didn’t appear and both of them subsequently  realised that they didn’t take enough account of the drivers that maximise their teams’ motivation and engagement to get the task done.

A transactional or task-based approach may bring short-term results.  But it fails to stimulate the energy and the discretionary effort which lead to people taking initiative, being effective and efficient, and feeling loyal and committed and aligned within their teams.

The secret weapon is the relationship between the leader and his or her team members. These clients and others have discovered this after wondering why, with the highest quality tactical plans in place, results are elusive.  And elusive results are a luxury they can’t afford.  Both of them turned those results around when they started to recognise their people for who they were.  They made this recognition explicit by listening and by articulating what they valued others for.  They recognised strengths and re-designed roles around this recognition. The quality of their relationships improved significantly and performance levels improved too.

The very first step is for the leader to actually care about his or her people and to acknowledge that others may have something valuable to add to the pot. If they care and acknowledge in this way, the chances are they’ll listen better – and listening is essential to make the connections that ignite people’s energy and enthusiasm, and release what they’re really capable of because they feel valued enough to be worth listening to.

In ‘The Discipline of Listening’, a Harvard Business Review blog post, Ram Charan refers to the importance of understanding each person’s frame of reference, i.e. where they are coming from.  Without that the leader will find it challenging to bring them on board: how can they persuade or recruit support if they’re effectively speaking a different language and if they haven’t taken the trouble to understand what preoccupies, concerns and drives every member of their team?  Understanding these factors is a short cut to not only getting the task at hand done but also creating the goodwill that will fuel the fulfilment of future tasks.

Other key components of the relationship have to include clear, honest, open communication, and the leader’s openness about themselves: the leader who shows him- or herself to be human, and who owns up to their mistakes, and is clear and consistent about their values can be a compelling leader.

Arguably, the most important outcome of a healthy relationship is trust. A team that trusts its leader (and whom the leader trusts, of course) will follow them to the ends of the earth, will bring all sorts of discretionary effort, and will release the leader from a host of smaller tasks to focus on where they bring most value.  See another of my blogs on trust here.

You can create the most well-crafted strategy you like: only with healthy relationships in place will it have impact and stickability for the medium- and long-term.

Photo by Benson Kua via Compfight